As part of his U.S tour, Atif Aslam comes to Murat Theatre on Saturday 14th May 2022. He has performances lined up at New Jersey, National Harbor and Cedar Park as well. The Pakistani artist is one of the most popular singers in the country and has attained worldwide recognition over the years. He is most recognized in south Asian cultures for contributing to the Pakistani music industry and significant contributions to Bollywood. Atif had previously played in the U.S, with his last appearance in 2018 when he performed in New Jersey. It was an incredible experience for the fans, and they are anxiously waiting for his upcoming performance at Murat Theatre on 14th May 2022. Make sure you get your tickets right now before they are sold out! 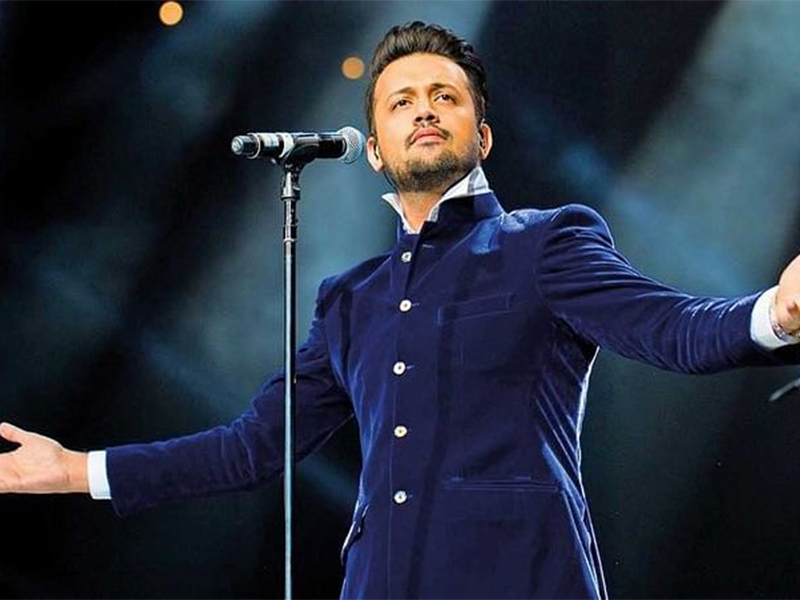 Atif Aslam began his career in the year 2000 with a band called “Jal”. The band split a few years later, Atif began his solo career. He has been largely successful and one of the most well-known Pakistani singers worldwide. His recognition comes from his playback singing, and he predominantly sings in Urdu and Hindi and has won various Lux Style Awards. In 2019, he received a star in the Dubai Walk of Fame for his contributions to the music industry. In 2020, he was featured in Forbes Asia’s 100 Digital Stars. He has a massive following in India, Pakistan and Bangladesh, alongside a significant fanbase in Western Countries such as the U.K and U.S.
Atif began his career as a solo artist, producing record albums before singing playback music for Indian and Pakistani movies. His romantic ballads and pop music has been most famous because of his distinct, deep voice. His first song, “Aadat” became one of the most famous songs and is still sung in various colleges and universities as a youth anthem. This is a perfect opportunity for all Atif fans in and around Indianapolis to see him live and sing along to some of his iconic hits. Get your tickets right now before they are all gone!