It's Blippi! From the screens to live on stage, children's favorite YouTube sensation, Blippi is stopping by at the Murat Theatre on Wednesday, 22nd September, 2021, for Blippi The Musical tour. Don't let the kiddos miss out on this fun, adventurous, and energetic time to see their favorite teacher-YouTuber who taught them letters, colors, how to count, and even sing along firetrucks, dinosaurs, and more! Stevin, the creator of Blippi expressed his excitement as a dynamic stage performer is cast who will bring Blippi live on stage to entertain and bring audiences on a special show of fun and excitement. 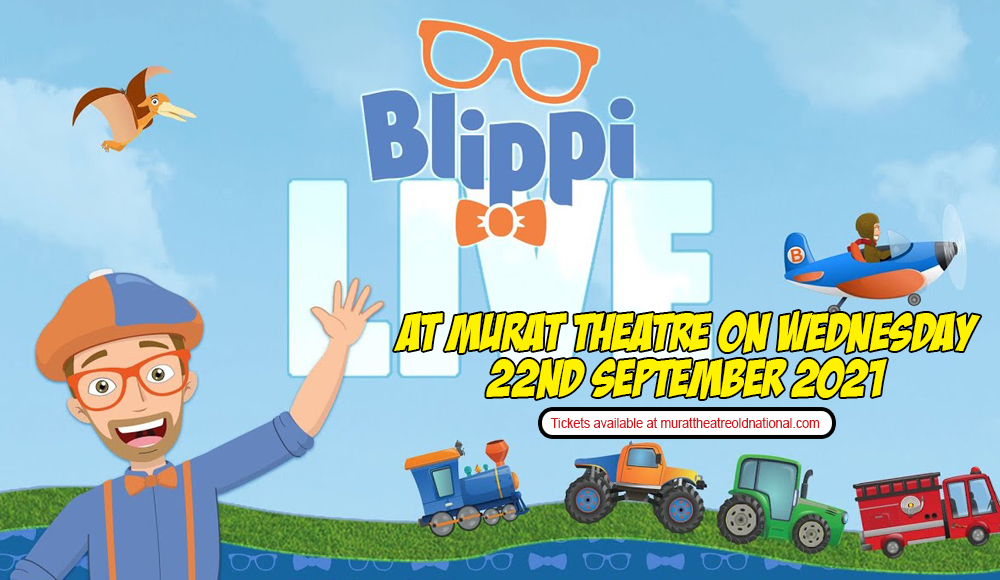 A fun, friendly, and energetic character always dressed in orange and blue, with a goofy and playful persona, Blippi taught kids the alphabet, colors, numbers, firetrucks, busses, dinosaurs, and many more! He also brings kids on fieldtrips to museums, amusement parks, play centers, all through their screens.

Stevin John, the creator of Blippi, brought the character to life in 2014 after seeing his nephew watching low-quality videos on YouTube. Now, he has grown to reach about 12.9 million subscribers on YouTube. Millions of kiddos worldwide have learned and sang along to their favorite teacher in orange and blue that not only teaches them early lessons, but also allowed them to experience field trips on their screens.

Don't miss out on this chance to let the kiddos see their favorite YouTuber live on stage for a show of adventure, songs, and new friends, inviting them to sing along and have fun. Book those tickets now!