The lush, rich voice of the one and only Bonnie Raitt will envelope Murat Theatre this May 20 as she performs her greatest hits and new materials from her latest album, “Just Like That.” The multi-Grammy award-winning singer-songwriter will surely make her loyal fans feel the warmth of spring as she fills the fan-favorite Indianapolis venue with classic hits, such as “Have A Heart,” “I Can’t Make You Love Me,” “Something to Talk About,” and many others. Make this concert a date night with your loved ones, and be blown away by this music icon's sincere yet exciting performances. Tickets are now on sale, and you can reserve yours by clicking the “Get Tickets” link. 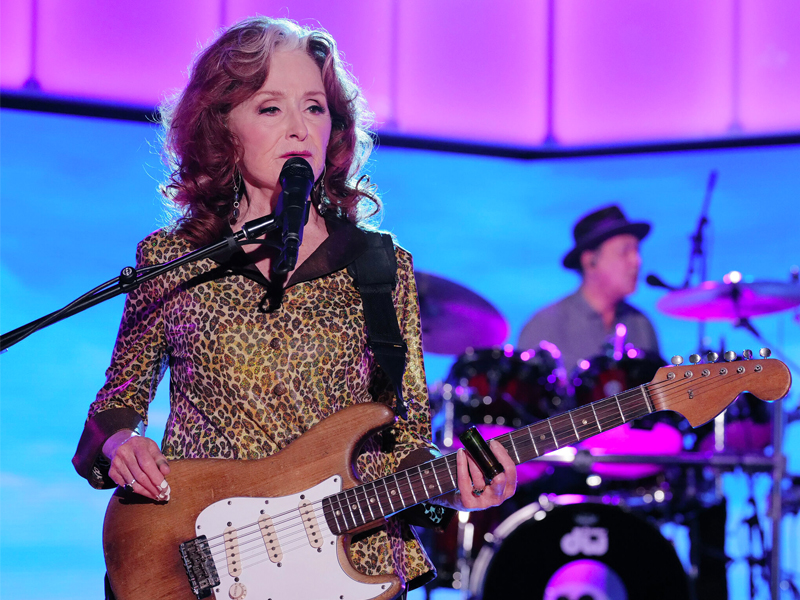 After the initial success of her 2022 "Just Like That … Tour," Bonnie Raitt excites all her loyal fans after announcing that the tour will continue this 2023. The multi-Grammy award-winning singer will stop at Murat Theatre at the Old National Center in Indianapolis on May 20 to give her fans a memorable concert experience. It has been an exciting 2022 for Raitt, whose "Just Like That …" album proved to be a commercial success. In addition, her 75-date headlining U.S. tour was also a massive success. The week it came out, it topped the charts in six different categories on Billboard and stayed at the top of the Americana Radio Albums list for 10 weeks. The first song from the album, "Made Up Mind," spent 17 consecutive weeks in the top three on the Americana Radio Singles Chart. On top of that, 2022 also proved to be a monumental year for the 73-year-old singer as her breakthrough album, "Nick of Time," was added to the Library of Congress's National Recording Registry.

Her acclaimed "Just Like That…" tour celebrates Raitt's 50 years of longevity and success in the music industry. Originally from Burbank, California, Raitt began her career in the 1970s and introduced her unique brand of blues rock, which features folk and country elements, to the world. In addition to being inducted into the Rock and Roll Hall of Fame in 2000 and receiving a Lifetime Achievement Award for Performance at the 2012 Americana Music Honors and Awards, the veteran singer-songwriter has won 11 Grammy Awards across a variety of categories and received a Grammy Lifetime Achievement Award for her creative contributions to the music industry. Truly a living icon that everybody loves and adores.

Catch her this May 20 (Saturday) at the Murat Theatre at the Old National Centre. If you haven't booked your tickets yet, click the "Get Tickets" link for a safe and fast transaction.