This holiday season, you are invited to a much-awaited Christmas spectacle! On Friday, 2nd December 2022, platinum-selling country music star Brett Eldredge is taking over the Murat Theatre! This holiday special, titled Glow LIVE holiday tour, consists of 14 coveted dates across select cities as the Paris-born singer-songwriter embarks on a Christmas time-honored tradition! Get ready to lift your Christmas spirit as Eldredge performs favorites from his holiday album Glow. The show is set to feature songs from the celebrated studio effort, including “Baby It’s Cold Outside.” Grab your tickets now and spend your holiday season with Brett Eldredge at the Murat Theatre! 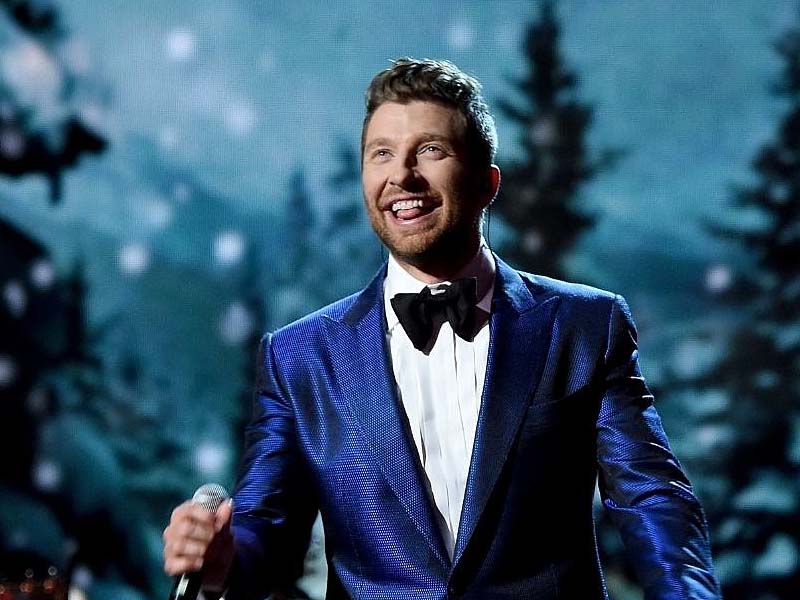 Brett Eldredge is a country music singer-songwriter who made his mark upon releasing his third single, “Don’t Ya,” in 2012. The song topped the Country Airplay chart, making it his first number 1 single. The song preceded the release of Eldredge’s debut album, Bring You Back, which peaked at number 11 on the Billboard 200 and number 2 on the Top Country Albums chart. The song, which sold more than 500,000 copies in the U.S., spawned two more number 1 singles, “Beat of the Music” and “Mean to Me.” Three years later, Eldredge grew up in Illinois and named his sophomore album after the city. Illinois, released in 2015, topped the U.S. country charts and featured two number-1 singles, “Lose My Mind” and “Wanna Be That Song.”

In 2016, the award-winning singer dropped his first Christmas album, Glow, featuring several fan favorites, such as “Let It Snow,” “Baby It’s Cold Outside,” “I’ll Be Home For Christmas,” and many more. Glow soared to number 2 on the Top Country Albums chart and entered Billboard 200’s Top 40. In 2021, the singer followed up his Christmas album with another holiday-themed effort, Mr. Christmas, featuring the lead single, “It’s the Most Wonderful Time of the Year.” If you want to hear these live holiday songs, you should secure your tickets to Brett Eldredge’s Glow LIVE holiday tour this December! Tickets to his show at the Murat Theatre on Friday, 2nd December 2022, are now available!