Oh! For the green rolling hills of the motherland, Celtic Thunder, Ireland comes to Murat Theatre on Wednesday, March 23rd, 2022. Buy your tickets now for a superb trip back to Ireland. The live theatrical show embodies the essence of the Public Television darlings, delivering a blend of lively, fast-paced and upbeat songs “A Place in The Choir” “The Galway Girl” and “Raggle Taggle Gypsy” classic ballads “Mountains of Mourne” and “The Wild Rover” and renowned Irish love songs such as “She Moved Through The Fair” and “Danny Boy”. All with a special Celtic Thunder twist, of course. 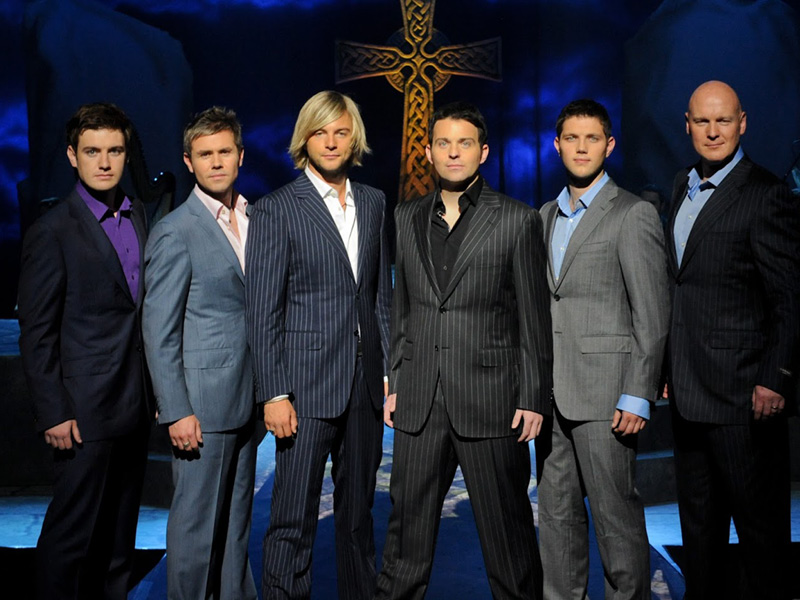 Drawing from their most popular Television Specials and hits since their inception, IRELAND features the songs and performances that launched Celtic Thunder into the hearts and homes of audiences across the US and Canada, winning them the mantle of Top World Music Act in Billboard five times over. Both the ensemble and solo performances in this thrilling evening of entertainment highlight the diversity of Irish and Celtic music and song. Memorable moments include the group’s unique take on beloved Irish classics such as “Mo Ghile Mear” and “May The Road Rise”, their powerful and inspiring anthems of “Ireland’s Call’ “Caledonia” and “My Land” and new and contemporary numbers such as “Galway Girl” “Toora Loora Lay” and “Castle On The Hill”.

World renowned for their perfectly blended harmonies and arrangements, the ensemble numbers in Celtic Thunder IRELAND reflect the power of the soloists, who range in age from mid 20s to 40s and feature songs that depict both their musical footprint over the past 12 years and their amazing musical heritage. In addition to Celtic Thunder soloists, the 2020 North America Tour will also feature strings, guitar, percussion, whistles, pipes, guitars and more from the eight-piece Celtic Thunder band. Celtic Thunder Ireland is a perfect family night out!