Dancing With The Stars Live Tour comes to Murat Theatre on Saturday, January 29th, 2022. America's favorite dance show is live! This one of a kind touring production brings the stars of the television show right to you, get some tickets now and come watch world-renowned dancers including Brandon Armstrong, Alan Bersten, Artem Chigvintsev, Sasha Farber, Daniella Karagach, Pasha Pashkov, Gleb Savchenko, Emma Slater, Britt Stewart, and more! They will be performing your favorite showstopping dances from the Monday night show, as well as some never-before-seen routines, choreographed just for the live tour. 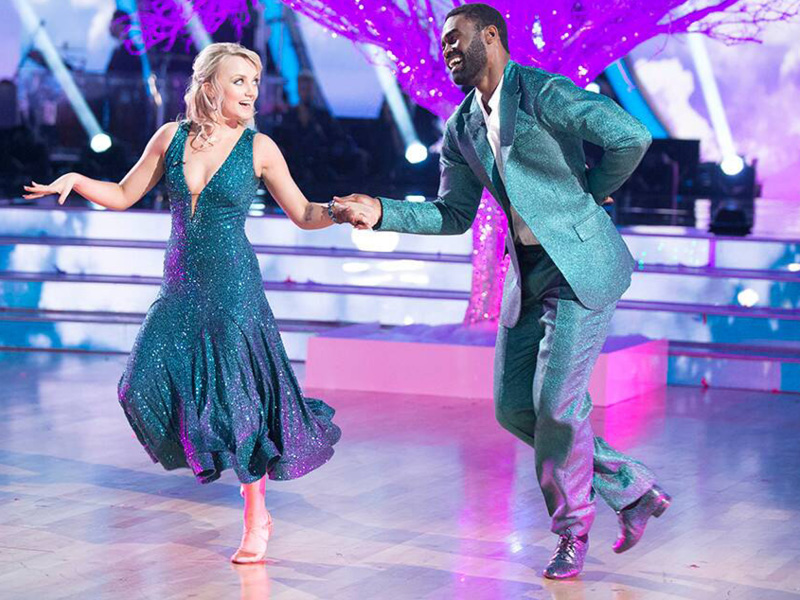 “After not being able to tour last year, we’re all so excited to bring the Dancing with the Stars – Live Tour back to all of our dedicated fans around the country. I’m especially looking forward to this year’s tour because we also get to celebrate our show’s amazing 30th Season.” Shared Mirrorball Trophy winner, Alan Bersten.

Season 30 of Dancing With The Stars has waltzed onto ABC’s Monday night slot once again, and now the pros are coming on a winter tour production throughout North America, featuring a cast of the television show’s most popular competitors. Brandon Armstrong, Alan Bersten, Artem Chigvintsev, Sasha Farber, Daniella Karagach, Pasha Pashkov, Gleb Savchenko, Emma Slater, and Britt Stewart with more surprise guests to be announced very soon. Get to see time-honored dancers like the Quickstep and Foxtrot to sizzling Latin styles like the Cha Cha, Salsa and Tango. Join us for a theatrical dance show, you don’t want to miss, with all the exciting and romantic performances performed on television and some brand-new, never before seen dances, choreographed only for the live touring show.

Dancing with the Stars is the Monday night hit television series in which celebrities perform amazing choreographed dance routines that are judged by a panel of renowned ballroom experts, including Len Goodman, Carrie Ann Inaba, Bruno Tonioli and Derek Hough. Hosted by supermodel and businesswoman Tyra Banks.