As part of his Holiday concert tour, Darren Criss will come to Murat Theatre on Friday the 3rd of December 2021. The Emmy winner celebrates his newly launched album, A Very Darren Crissmas, released on the 8th of October. He will perform in Indianapolis, Indiana on the 3rd of December and will later feature at New York’s Beacon Theatre on the 20th of December. This is his first-holiday set and features appearances from Evan Rachel Wood, Lainey Wilson, and Adam Lambert. Criss spoke excitedly about his holiday album, stating, “I can’t believe I actually made one, and it’s out already”, in a social media post. If you have been as excited as Criss himself, grab your tickets right now! 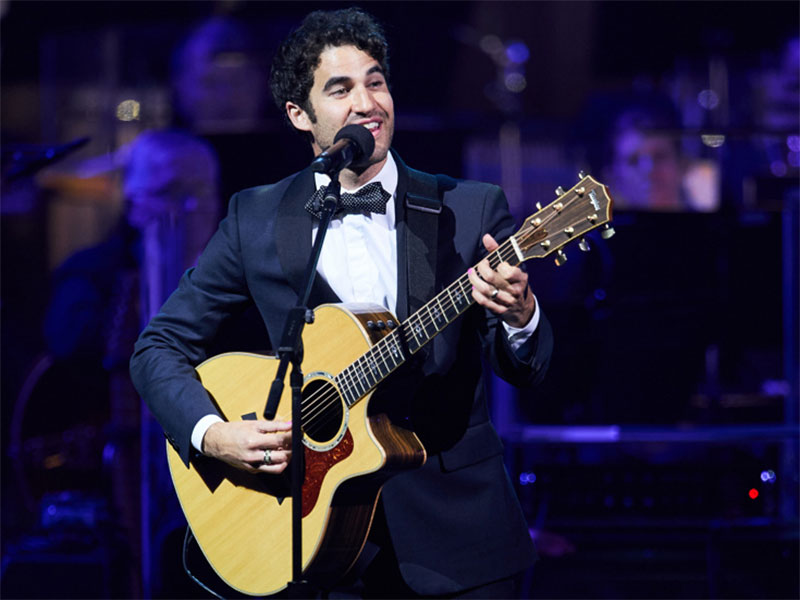 Christmas has definitely come early for Darren Criss fans as they get to witness him live on his North American Tour. Moreover, he has also announced his Broadway return with Emmy and Tony-winner Laurence Fishburne and Oscar winner Sam Rockewell for the revival of David Mamet’s American Buffalo. The production will be a 16-week engagement. His tour includes stops in Chicago, Boston, Rochester, Toronto and Minneapolis.
Darren Criss is a stage and screen star who featured in prominent productions including Glee and Hedwig. He also won an Emmy for his portrayal of Andrew Cunanan in The Asassintion of Giani Versace: American Crime Story. A Very Darren Crissmas, his holiday album features a 12-song collection of familiar songs and classics such as “St. Patrick’s Day”, “Welcome Home” and “Somewhere in My Memory”. If you have been thinking of going to a Darren Criss concert very soon, this is your best chance to enjoy Christmas hits in a festive mood. Grab your tickets now before they sell out!