How Did This Get Made? Tickets

Have you ever seen a movie so bad, it’s good? How Did This Get Made? The live show comes to Murat Theatre on Tuesday, August 16th 2022. This interesting and a hilariously funny comedy show, hosted by Paul Scheer, June Diane Raphael and Jason Mantzoukas, is the live show of the two-time Best TV and Film Podcast. Where a different guest is featured almost every episode, the trio, who are experts in the best of the worst of cinema, jokingly and mockingly deconstruct outlandish and badly made films. Anything is game, from the Fast and Furious spinoff, Hobbs and Shaw, through Nicolas Cage's Con Air to Burlesque and more. 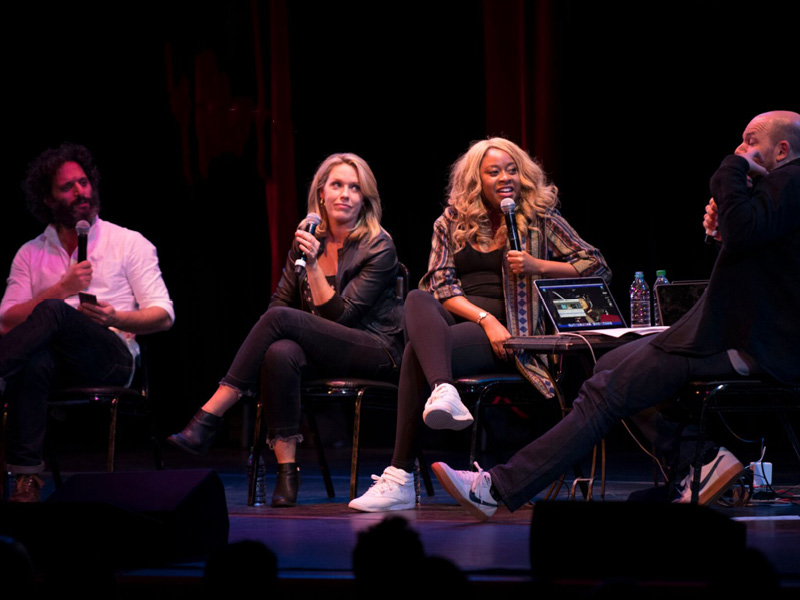 With sold-out shows across the country, How Did This Get Made? live episodes are a truly unique experience. The audience participates through questions to the hosts, creating impromptu songs for segments, and viewing one-of-a-kind clips.

Twice awarded in the Best TV and Film Podcast category in 2020 and 2022, the 2019 award in the category for TV and Film Podcast and the 2022 Ambie award winner in the Best Comedy Podcast Award category. How Did This Get Made? is consistently one of the Top 10 most downloaded comedy podcasts. The hosts, Paul Scheer, from shows The League, and Black Monday, June Raphael from Grace & Frankie, and Long Shot, and Jason Mantzoukas, off of The League, and Brooklyn 99, invite a different guest to each episode, to help unscramble the crazy plots together and deconstruct jokingly and mockingly comment on how a particularly bad film, in their opinions, actually got made. They have a 'no holds barred' philosophy as to which or what type of film is torn apart, anything, by any director, is fair game.