A fabulous Christmas season comes your way this December as two of the most beloved drag queens, Jinkx Monsoon & BenDeLaCreme, return to the live stage with their "The Jinkx & DeLa Holiday Show." Our favorite queens will join forces again this 9th of December to spread fabulous joy to your mundane Friday night at the Murat Theatre at Old National Centre. Your December will become more Christmassy as sugary DeLa and spicy Jinkx bring fun and laughter for you and your friends. So you better watch out, and you better not cry because BenDeLaCreme and Jinkx Monsoon are coming to your town! Get your tickets now by clicking the "Get Tickets" button. 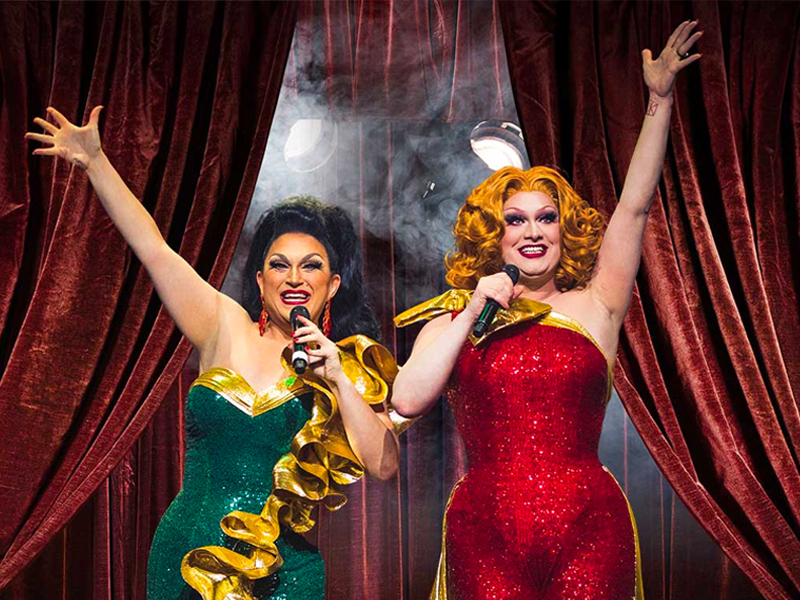 This year's December will be more Christmassy as drag icons Jinkx Monsoon and BenDeLaCreme continues the yearly phenomenal tradition of "The Jinkx & Dela Holiday Show," coming to many cities around the world starting in November.

Jinkx Monsoon is the winner of season 5 of RuPaul's Drag Race and is currently competing for the all-winners edition of RuPaul's Drag Race All-Stars. Fans know her as the girl you do not mess with when it comes to snatch games, roast, and other challenges in the drag competition. Because of her natural comedic wit and stage presence, people will not get tired of her being entertaining.

Meanwhile, no one will forget the icon named one of the "15 Fan Favorites of All Time" in RuPaul's Drag Race. BenDeLaCreme always dazzles when performing, wherever the performance is. "Keeping you entertained while making you think about your place in the world is all a part of the BenDeLaCreme experience," says Forbes. That is why it is always a delight to see her perform.

Joining forces again this year, the two will spread fabulous joy during the holidays. One of their stops will be at the Murat Theatre at Old National Centre on Friday, December 9. "The Jinkx & DeLa Holiday Show will take everything you expect from a drag queen variety show and spin it on its side," says Jinkx Monsoon in an interview. This is a must-see, so reserve tickets before they sell out!