Soul meets 60s Rhythm and blues with Leon Bridges at Murat Theatre on Wednesday, May 4th, 2022 with Chiiild. Grab your tickets now for a magical night with Leon Bridges and his brand-new album, Gold-Diggers Sound. Now on his third album as an artist Leon’s sound is starting to mature as he moves away from the old soul of the 60s and embraces modern R&B, he has a smooth silky voice that effortlessly dances around the retro tunes, embracing the fears of Black men in today’s America. 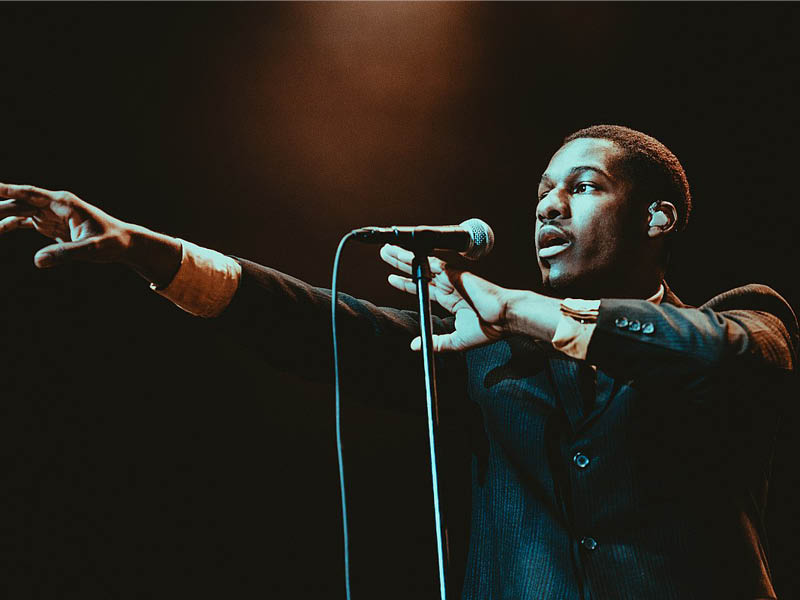 Gold-Diggers Sound, is the third album from Leon Bridges, released on July 23, 2021, featuring guest appearances from Robert Glasper, Terrace Martin, and Atia "Ink" Boggs. The album embraces elements of modern R&B wholeheartedly, leaving the artist’s traditional sound behind. The Guardian hailed the album as, "a remarkable and progressive R&B album" and observed "the most eclectic compositions of Bridges' career, as well as his most emotionally transparent songwriting". The album received widespread acclaim from critics and debuted at number 17 on the Billboard 200 chart and number 4 on the UK R&B Albums chart.

Soul singer, songwriter and record producer, Todd Michael "Leon" Bridges, from Atlanta, Georgia, is best known for his debut album and the single "Coming Home", which was a Top 10 Most Viral Track on Spotify. Bridges' debut album, also titled Coming Home, was released in June 2015, charting at the number 1 position on the Top R&B Albums charts both here in the USA and the UK and number 6 on the Billboard 200. The album was subsequently nominated for Best R&B Album at the 58th Annual Grammy Awards. Bridges' second album, Good Thing, came out May 2018 and finally won Leon his first Grammy Award for Best Traditional R&B Performance for the single "Bet Ain't Worth the Hand"