Be enthralled and bedazzled by the Nutcracker! Magic of Christmas Ballet this Holiday season! Witness the acclaimed Moscow Ballet, featuring stars of Ukraine Ballet, perform at their highest level of classical technique as they give life to the traditional story we all love this December 8, Thursday, at the Murat Theatre at Old National Centre. Bring your friends and family, and relive your fondest childhood dreams by being mesmerized by the world-class production, larger-than-life puppets, breath-taking acrobatics, and dazzling costumes. Grab your tickets now and prepare to experience the exquisite artistry of this international production in its 30th Anniversary tour. Click on the "Get Tickets" button to reserve your tickets! 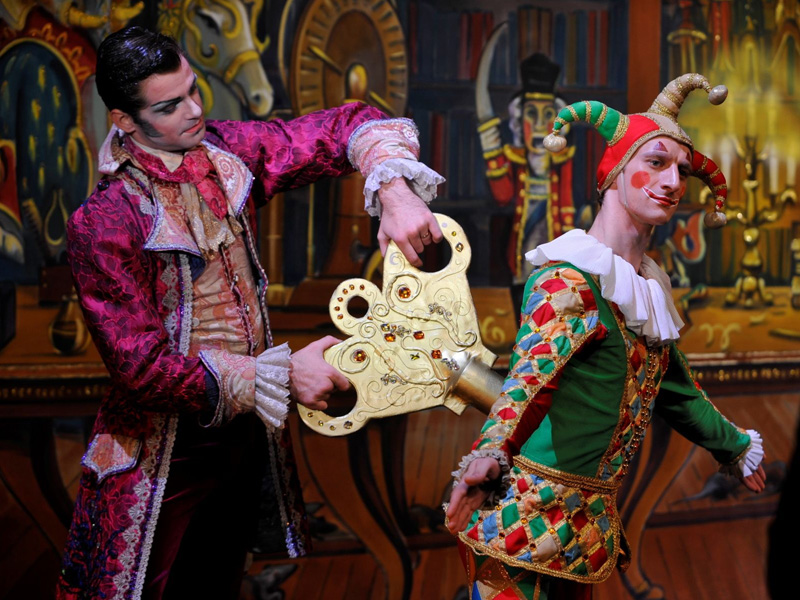 Deemed by the New York Times as a "knockout production brimful with a feeling that will leave kids wide-eyed with delight," Moscow Ballet's Nutcracker! Magic of Christmas Ballet is a must-see event for the entire family. Since the early 1990s, the ballet production has been touring around US and Canada every Christmas season to showcase the beauty and magic of the Nutcracker ballet.

Originally named "Great Russian Nutcracker," the show celebrates its 30th anniversary this year. Thus, spectators and long-time fans of this 5-star production can expect a more memorable performance this year. The official website of Moscow Ballet lists 24 US states to be part of the tour this year, with over 30 venues. This is a big contrast to its start in the 90s, wherein it started with only 8 venues. Now, many families across the nation can enjoy the show.

Aside from its 30th anniversary of touring North America, this is also a monumental year for the production as its producer, Talmi Entertainment, decided that the famous show would be renamed. This move is in solidarity with the people of Ukraine, which is devastatingly affected by the war against Russia. Thus, a portion of ticket proceeds will be donated to humanitarian relief efforts in Ukraine, allowing the artists and patrons of "NUTCRACKER! Magic of Christmas Ballet" to use this 30th Anniversary Tour as a platform to directly help those in need.

By raising these humanitarian efforts, the production hopes that they will send a message of Peace and Harmony this Christmas season.