For the second night in a row, award-winning a cappella group Straight No Chaser comes to Murat Theatre on Sunday 19th December 2021 to woo and thrill the crowd with their fun and musically brilliant renditions of popular songs! One of the US' most popular touring acts, Straight No Chaser brings a whole lot of charm, showmanship, and talent to the stage and are absolutely a must-see act! The group is known for its heartwarming Holiday albums and with a December show, you're bound to have a holly jolly good time! 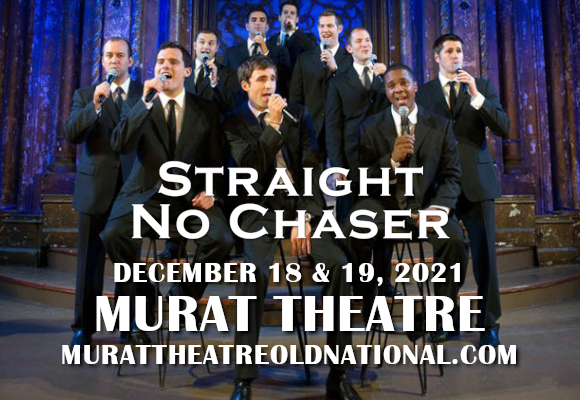