Are you in the mood for titillating harmonies and extraordinary vocals? Then you should come and visit the Murat Theatre in Indianapolis, Indiana, this winter! The incredible a capella group Straight No Chaser is celebrating its 25th anniversary, and they are set to deliver a groundbreaking vocal performance at the Murat Theatre on Saturday, 10th December 2022! This show is guaranteed to provide a fantastic soundscape thanks to the group’s phenomenal vocal prowess and unique blend of harmonies! So if you love a capella, you better hurry and score your tickets before it’s too late! 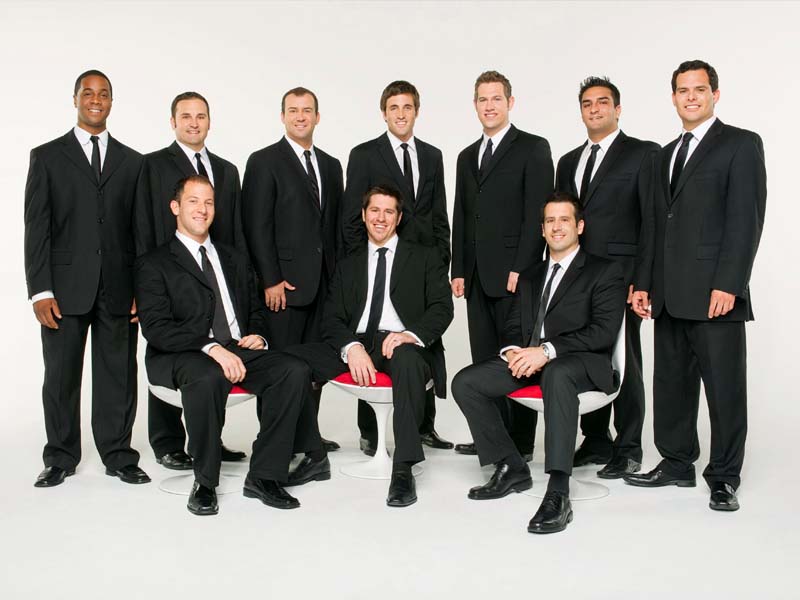 Straight No Chaser is an a capella group that debuted in 1996. Formerly a student group from Indiana University, Straight No Chaser became a full-on professional vocal group that tours across the U.S., delivering their award-winning repertoire. In 1998, the group was recorded performing “The 12 Days of Christmas.” The video would later go viral eight years after filming, amassing over 24 million views. This viral hit would later catch Atlantic Records' attention, securing Straight No Chaser a record deal.

In 2008, Straight No Chaser released their debut holiday album, Holiday Spirits. The album, which contains several Christmas classics, charted at number 46 on the Billboard 200. Holiday Spirits later earned a gold certification after selling more than 500,000 copies in the U.S. Two years later. The group released their third album and the first record to feature non-holiday songs. With A Twist, released in 2010, featured covers of pop hits like “Tainted Love,” “Don’t Dream It’s Over,” “Fix You,” “Wonderwall,” and many more. The album debuted at number 29 on the Billboard 200 upon its release. In 2020, Straight No Chaser released their eighth studio album, Social Christmasing, a wordplay of the term “social distancing.”

Enjoy a thrilling vocals-only performance at the Murat Theatre on Saturday, 10th December 2022. Grab your tickets now to experience a remarkable live concert by Indiana’s musical pride, Straight No Chaser!