Ricky, Julian, Bubbles and Randy are hitting the road this holiday season for the Sunnyvale Xmas Tour, celebrating 20 years of Trailer Park Boys! The boys are headed to Murat Theatre on Saturday 4th December 2021, where no doubt tons of festive mayhem will ensue! They'll be joined on the road by Terry from FUBAR, so who knows what might happen…!

Julian said, “I know times have been tough, but you should bring some extra money to the show,” and Bubbles added, “Please God don’t let Ricky and Julian end up in jail for Xmas again.” 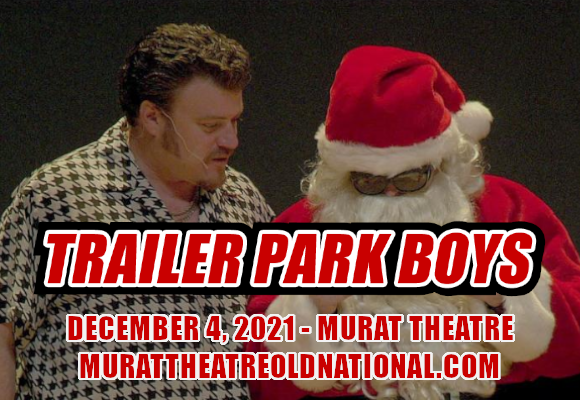 Created by Mike Clatterburg as a continuation of his 1999 feature film of the same name, Trailer Park Boys is a mockumentary style television showfollowing the misadventures of a group of trailer park residents, some of whom are ex-convicts, living in the fictional Sunnyvale Trailer Park in Dartmouth, Nova Scotia. The series premiered in 2001 and ran for seven seasons on Showtime, before moving to Netflix in 2014 after a seven-year hiatus for a further five seasons. The show has spawned a film trilogy, several specials and mini-series, and an animated special. The show’s latest season, Trailer Park Boys: Jail,  premiered on Swearnet (the internet streaming network owned by Robb Wells, John Paul Tremblay, and Mike Smith, the actors who respectively portrayed Ricky, Julian, and Bubbles) on 1st January 2021.