Billy Idol & Steve Stevens are heading to Murat Theatre on Saturday 27th November 2021. After the 2020 global lockdown, Bily Idol & Steve Stevens are back with their incredible live performances. Billy Idol has been the face of rock’n’roll for over 45 years now. Even after all that time, Billy still makes the audience go wild with his stage appearance and music. His latest release, The Roadside EP, is his first original material in seven years. The work is reminiscent of the power, atmosphere, and attitude that surrounded him in the 1980s. Rock’n’roll fans have waited for very long for such an opportunity to see Billy Idol and Steve Stevens live once again. If you’re one of them, grab your tickets ASAP! 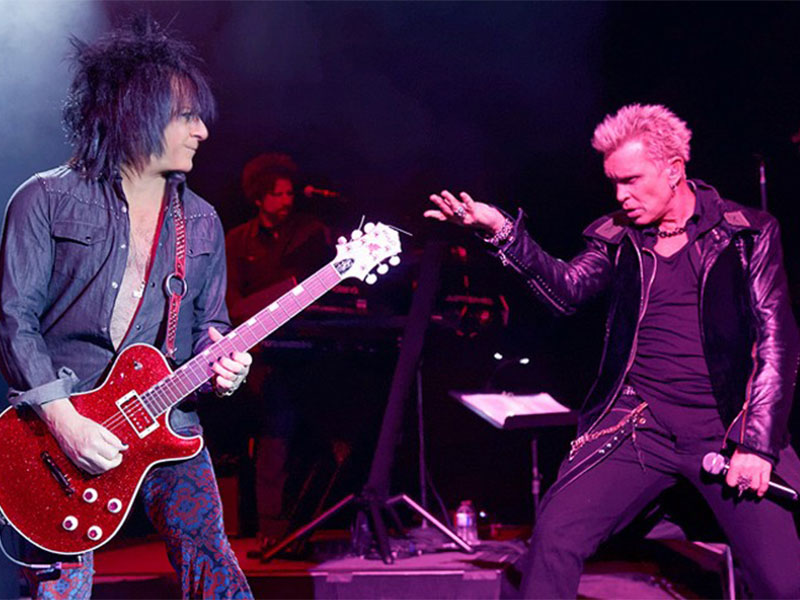 Steven Stevens, co-songwriter and guitarist, has been with Billy Idol since 1981. The iconic duo has made and produced incredible music for the past 40 years. From 1977 to 1981, Billy worked on three albums with immense emotional depth combined with punk rock. His journey then saw him working solo from 1982 onwards.
In 1982, Billy Idol became famous for one of his music videos ‘White Wedding’, which became an instant hit on the music cable channel, MTV. However, that still saw him as a new entrant, but he made his mark on the rock’n’roll scene with his 1983 sophomore album’s title track, Rebel Yell. Stevens teamed up with Billy in early 1982 and became his central musical conductor and co-songwriter. If you have been following their journey for some time now, this is a perfect chance to see them perform live again. With ticket demand on the rise, waste no time in getting yours right now!