Christian Nodal has been raising the banner of Mexican music high up on the airwaves and making waves across and beyond the borders. Thanks to his global viral hit single “Botella Tras Botella'', Christian Nodal will be on tour for a series of shows and one of which is his much-anticipated performance at the Murat Theatre on Sunday 28th November 2021. This young Mexican singer has lorded over the airwaves and earned the raves and respect of music critics with his impressive fusion of modern sounds with regional Mexican music. Hence, he has a multi-generational crowd that is rapidly growing into a solid and loyal fanbase. Catch Christian Nodal as swings by this side of town. Tickets are now on sale. Hurry and book your tickets now! 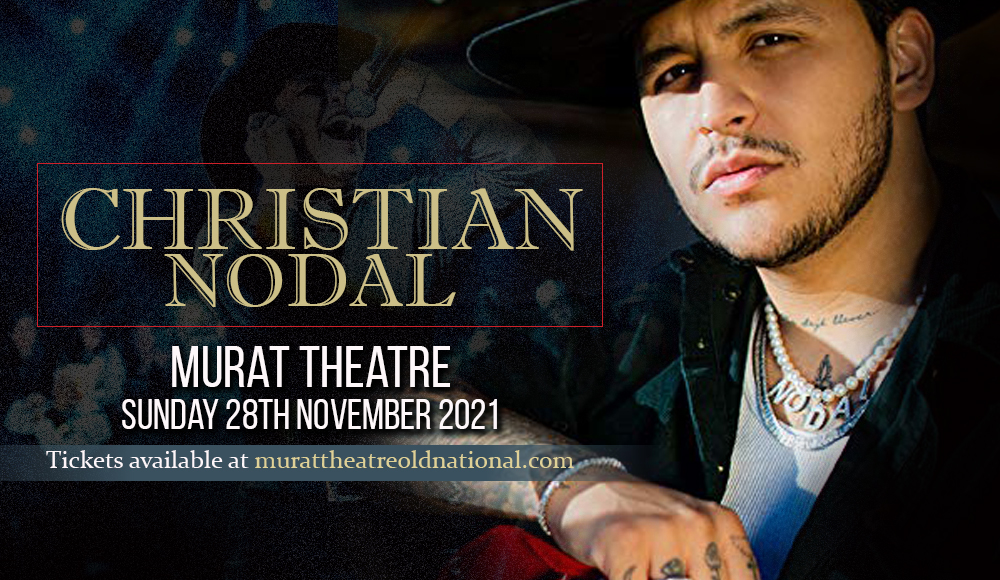 Christian Nodal has just virtually started his music career yet his achievements and milestones are tantamount to the accomplishments as of veteran artists and musicians. He released his debut studio album, "Me Dejé Llevar"(2017), which came under the success of the single "Adiós Amor" which quickly hit the Mexican and the United States, charts –reaching number one on the Top 20 General Mexican Songs Chart and number two on the Billboard Top Latin Songs chart in the United States. The following year, Nodal got nominated for a Latin Grammy Award for Best Ranchero Album at the 19th Annual Latin Grammy Awards, while "Probablemente", won for Best Regional Mexican Song. Nodal was also nominated for Best New Artist.

His recent single release, “Botella Tras Botella'', debuted at #1 on Spotify's global chart. The song now holds the record as the highest chart position for a song by a Mexican Artist. His YouTube music video has hit over 146M streams on YouTube alone. To date, Christian Nodal's “Botella Tras Botella'', is the ﬁrst Regional Mexican title to enter the Billboard Hot 100 in its almost 63-year history.

Catch Mexico's banner artist Christian Nodal as he heads out to this side of town and bring the house down. Save your seat and book your tickets now!