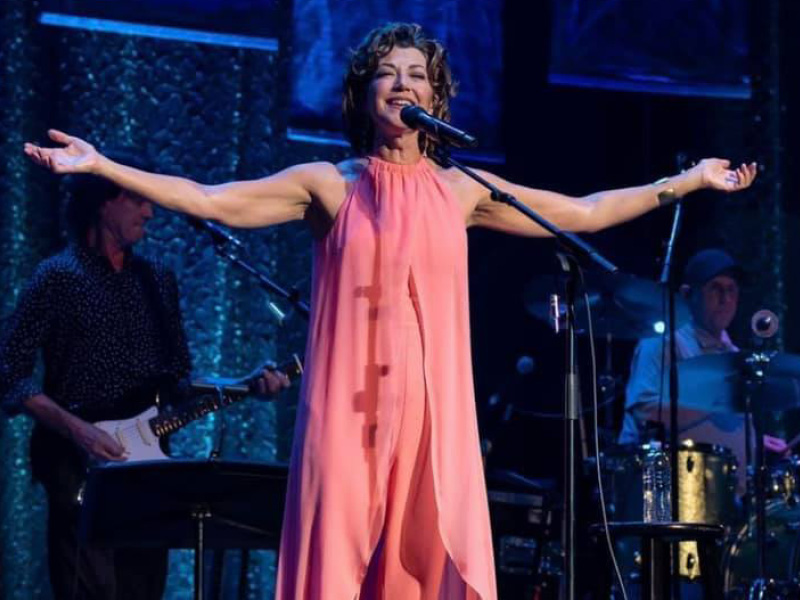 The extremely talented Amy Grant's musical career debuted as a teenager. In 1976, Grant wrote her first song, and after she was heard singing it in the school auditorium, in 1977, she was offered a recording contract, five weeks before her 16th birthday. In 1978, she performed her first ticketed concert after beginning her first year at university. Her musical career spans more than 40 years, having beginnings in Christian music, and in the 1980s and `1990’s she crossed over to contemporary pop and swung back again to Christian music in 2002. Along this illustrious career, she has amassed an astounding 14 Grammy Nominations, 5 Grammy Awards, 21 albums, and 22 Gospel Music Association Dove Awards. In 2006, she ceremoniously unveiled her star on the Hollywood Walk of Fame, and in 2007 she was Inducted into the Christian Music Hall of Fame. In the mid-1980s, Amy Grant began touring and recording with young, up-and-coming singer-songwriter Michael W. Smith. Michael W. Smith also began his musical career as a Christian singer-songwriter. His career has earned him 3 Grammy Awards, an American Music Awards Recipient and 45 Gospel Music Association Dove Awards. In 1999, ASCAP awarded him with the "Golden Note" Award for lifetime achievement in songwriting. In 1984, he began headlining his own tours and, being the talent that he is, he has appeared in 2 films.