Host and creator of the weekly comedy show, Patriot Act, Hasan Minhaj is back with a brand new one-man show, The King’s Jester at Murat Theatre on Sunday, March 27th, 2022. Minhaj returns to his storytelling roots four years after the global success of his Netflix comedy special, Homecoming King. The show focuses on Minhaj's experience growing up in an Indian American Muslim family, which he calls "The New Brown America." Homecoming King was honored with a 2018 Peabody Award for being a "deeply personal memoir that covers the struggles of the immigrant experience, encounters with stereotypes and raced expectations, and intergenerational acceptance, while using comedy to invite empathy, caring, and understanding." 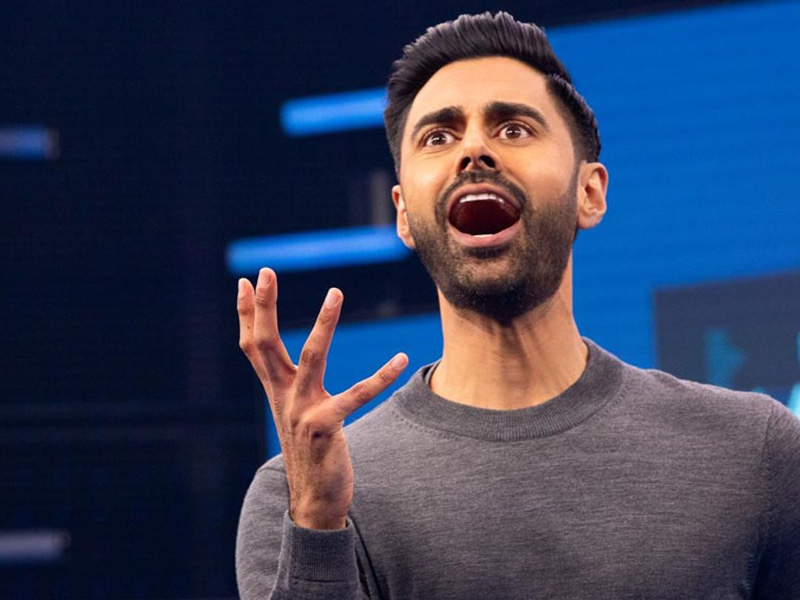 Homecoming King is a 2017 American stand-up comedy film written by and starring Hasan Minhaj. Filmed in his hometown of Davis, California. He talks about the pressures of being the child of demanding immigrant parents while at the same time experiencing racism, bullying and rejection from the outside world. Stories include his mother returning to California with a younger sister he didn't know existed, his family receiving threats and harassment after 9/11, and disapproval from his parents that he was engaged to a Hindu woman.

Comedian, writer, producer, political commentator, actor, and television host, Hasan Minhaj, is best known for his Netflix show, Patriot Act with Hasan Minhaj. The show explored the modern cultural and political landscape with depth and sincerity through his unique comedic voice. The show received a 2019 Peabody Award, a 2019 Primetime Emmy Award for “Outstanding Motion Design,” and was recognized for a 2020 Television Academy Honor.

In 2017, Minhaj earned rave reviews for his performance hosting the 2017 White House Correspondents' Dinner, and for his one-hour Netflix comedy special Hasan Minhaj: Homecoming King, which earned him a 2018 Peabody Award. A first-generation American, Minhaj joined The Daily Show with Jon Stewart as a correspondent in November 2014, and he continued on in that role after Trevor Noah took over as host the following year and remained on the show through to August 2018.