It's going to be an "UNHhhh-forgettable" evening for fans of Trixie Mattel and Katya Zamolodchikova, as the "RuPaul's Drag Race" legends will sport their wholesome yet filthy comedy this Friday, September 9, 2022, at Murat Theatre, Indiana. Be impressed with this dynamic duo's theatrical showmanship in delivering hilarious eroticism right before your very eyes. Whether you are dedicated fans of the drag duo or you just simply want to have a good quality laugh, Murat Theatre is the place to be for you and your friends. So secure your seats now for the event, and see you there. Let's all show our love to the ever-fabulous Trixie and Katya. Grab your tickets now! 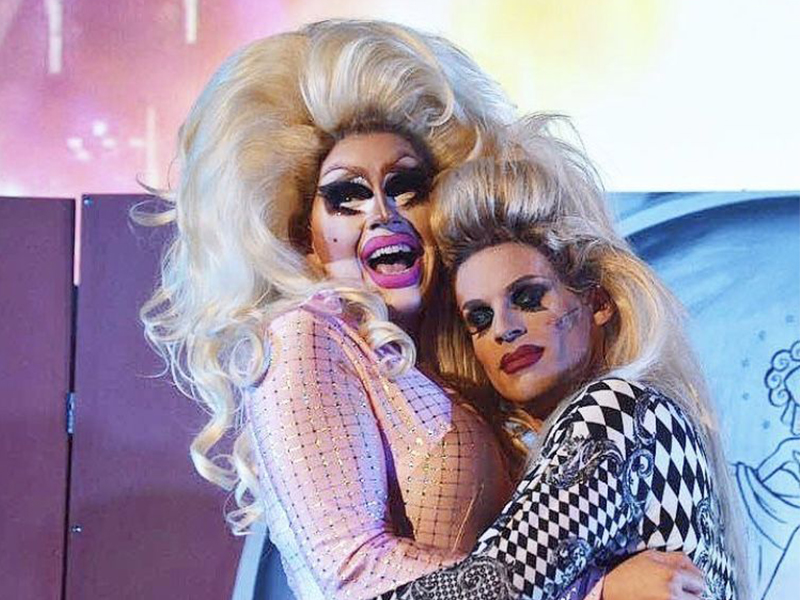 In the sea of repetitive male-dominated standup comedy, it is refreshing to see the dynamic drag duo Trixie and Katya dominating the comedy scene. The RuPaul's Drag Race alumnae, Trixie Mattel and Katya Zamolodchikova, are not only invading TV and the internet but take a fabulous move in bringing their fantastic comedy to a live audience.

The duo is excited about this tour and promised their fans nothing but a fantastic show. "You can expect spectacular musical numbers, a dazzling set, and impeccable timing from two of the most talented women in the world," said Trixie in an interview who jokingly remarked of smelling a Tony award for this tour.

Over the years, Trixie and Katya have redefined what it means to be a "drag queen" in today's generation, as they are not only known in the industry as reality TV stars, drag queens, and comedians but as musicians, businesswomen and successful New York Times bestseller writers! Indeed, these women have more substance than antics and quick wits. So be sure to catch this dynamic duo in Murat Theatre this fall! Raise your flags of support to Trixie and Katya by booking your tickets as early as today!