This spring, sensational rock band Alter Bridge will be coming to Murat Theatre to perform a long-awaited show on Wednesday, 15th February 2023! The show is part of the band’s massive North American tour, which will run from January to April. The 30-city trek will send the band across major cities with support act Wolfgang Van Halen’s band Mammoth WVH and American Christian rock band Red. If you love hard-hitting rock music, this is your chance to see Alter Bridge perform at the Murat Theatre! Hurry and score your tickets now before it's too late! 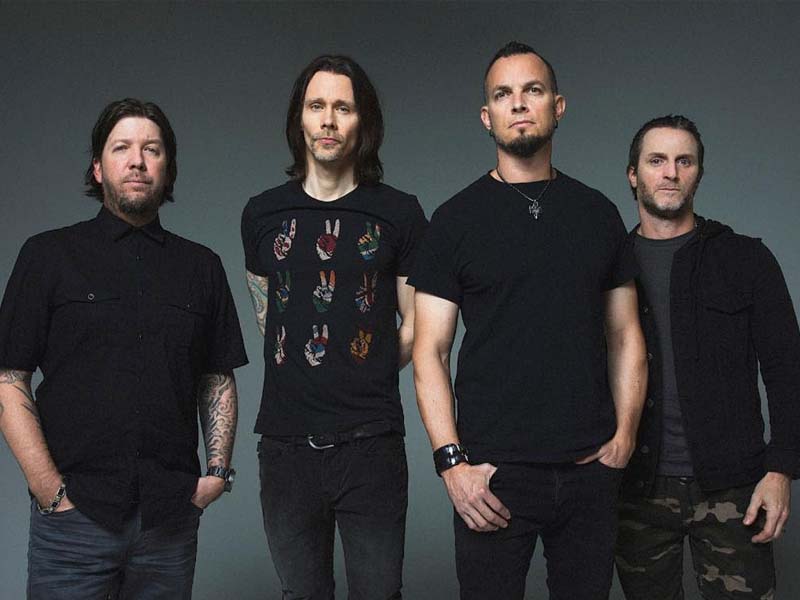 Floridian rock band Alter Bridge comprises frontman Myles Kennedy, lead guitarist Mark Tremonti, bassist Brian Marshall, and drummer Scott Phillips. The band is known for their fantastic rock hits, “Open Your Eyes,” “Find the Real,” “Isolation,” “Addicted to Pain,” and many more. In 2004, the band dropped their debut album, One Day Remains, peaking at number 5 on the Billboard 200. The album became their highest charting effort, selling over 500,000 copies in the U.S.

The band’s second most notable effort, The Last Hero, was released in 2016. The album peaked at number 8 on the Billboard 200 and entered the charts in over 18 countries. The album was preceded by hits, “Show Me a Leader” and “My Champion.”

The band’s latest album, Pawns & Kings, is set for release in October 2022. If you want to experience the band’s newest songs live, you better grab your tickets now and be the first ones to witness tracks from Pawns & Kings.

Moreover, Wolfgang Van Halen, son of legendary rocker Eddie Van Halen, will bring his rock outfit Mammoth WVH to the stage as Alterbridge’s support act. In 2021, the band came out with their self-titled debut album, which debuted at number 12 on the Billboard 200 and topped at Rock, Hard Rock, and Independent Albums charts.

Tickets to see Alterbridge, Mammoth WVH, and Red at the Murat Theatre are now available!