Grand Ole Opry inductee, Darius Rucker comes to Murat Theatre on Saturday, March 19th, 2022 with very special guest Caylee Hammack. Grab your tickets now for an awesome night with the three-time Grammy Award winner and Country music superstar, Darius Rucker. He topped the charts at Country radio once again with the single, “Beers And Sunshine” in February, and his follow-up single “My Masterpiece” is available everywhere now! Darius is getting the finishing touches put on his upcoming album, and you can be the first to hear it live in concert! 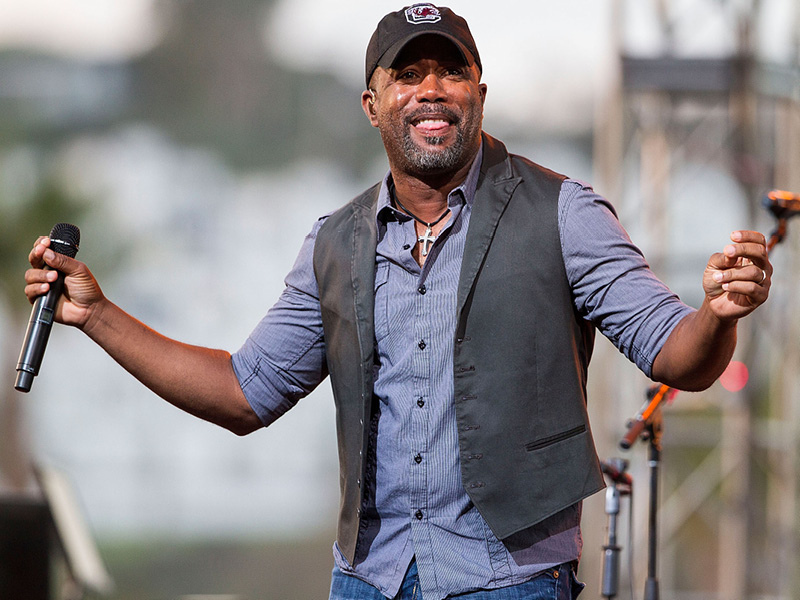 “My Masterpiece” will be featured on Rucker’s forthcoming album planned for release next year, when asked about the song Darius said, “One of the most common questions I got asked last year was if I had picked up a new hobby during quarantine. I always answered that I was trying to learn piano, and someone asked if I was any good yet. J.T. Harding heard my response in that interview – ‘I can’t play piano like Ray Charles’ – and knew we had to write a song around that line.”

Darius Rucker’s first solo project was a R&B album he made in 2001, but it was his second solo album, and first ever country album, Learn to Live, in 2008, that turned him into a Country superstar. The album’s first single, "Don't Think I Don't Think About It", made him the first black artist to reach number one on the Hot Country Songs charts since 1983, and was followed by two more number one singles, "It Won't Be Like This for Long" and "Alright" and the number three hit "History in the Making". Then in 2009, he became the first black American to win the New Artist Award from the Country Music Association, and the second black person to win any award from the association. Darius Rucker was inducted into the Grand Ole Opry in 2012.