The British electro-pop band Glass Animals are coming to Murat Theatre on Monday, March 21st 2022. The brand-new album, Dreamland, is out now, featuring the singles "Tokyo Drifting" with Denzel Curry, "Your Love (Déjà Vu)", "Dreamland", "It's All So Incredibly Loud" and the worldwide sleeper hit "Heat Waves" reaching the top 20 in several countries. Grab some tickets now for you chance to hear this incredible, autobiographical album live! AllMusic praised its fluency at melding R&B and hip-hop elements and called it the band's "most cohesive" album to date. 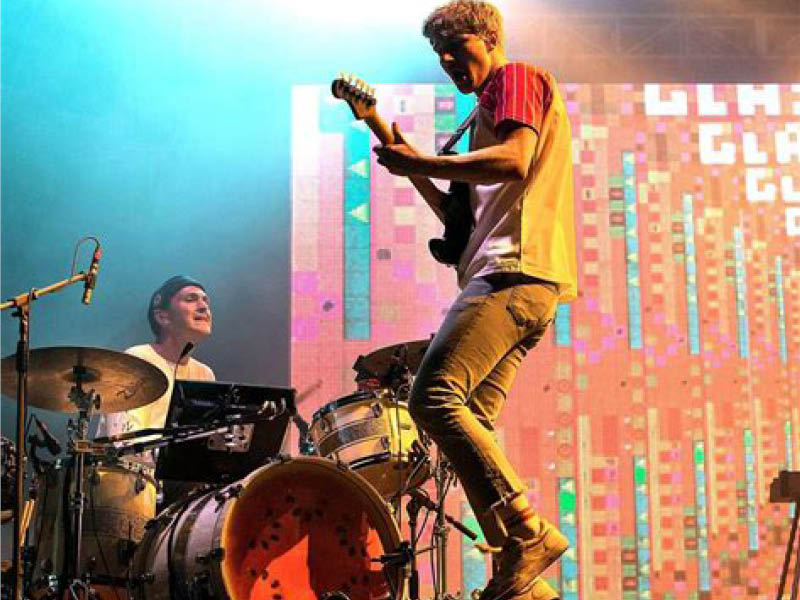 Britt-pop band Glass Animals are from Oxford, England. They formed in 2010 and are led by singer, songwriter, and producer Dave Bayley, along with childhood friends Joe Seaward, Ed Irwin-Singer and Drew MacFarlane. Their latest album, Dreamland, was initially slated for release in June 2020 but was delayed in order to "keep focus on the Black Lives Matter movement and the discussions taking place around racism and police brutality around the world." Dreamland was eventually released in August 2020. In an interview with Atwood Magazine, Dave Bayley explained, "I guess the goal with this record was to make something that was incredibly honest and incredibly us." The album charted at the number 2 position in the UK Albums Chart, number 7 on the Billboard 200 and number 1 on the Top Rock Albums charts here in the USA. Dreamland was certified Platinum in the US, nearly a year after its release, the album continues to grow globally across streaming platforms and on radio charts. Amassing over 450 million global streams to date, “Heat Waves” peaked at No.1 on the Alternative Radio Chart for 3 consecutive weeks, a first for Glass Animals. Glass Animals have become known for their extravagant live shows, where they play re-worked, dance-heavy versions of their songs.