Monumental vocal sensation Il Divo is traveling across North America this spring! The much-awaited 2023 trek, titled A New Day Tour, will send the multinational group across 19 major cities, including a stop at Indianapolis, Indiana! On Thursday, 23rd March 2023, the classical crossover quartet will light up the Murat Theatre with its sensational hits and fan favorites! Moreover, fans can also expect tracks from Il Divo’s latest effort. If you’re a classical music fan, you’ll have a great time with Il Divo’s exemplary vocals and exhilarating stage presence! Hurry and get your tickets now to see Il Divo conquer the Murat Theatre! 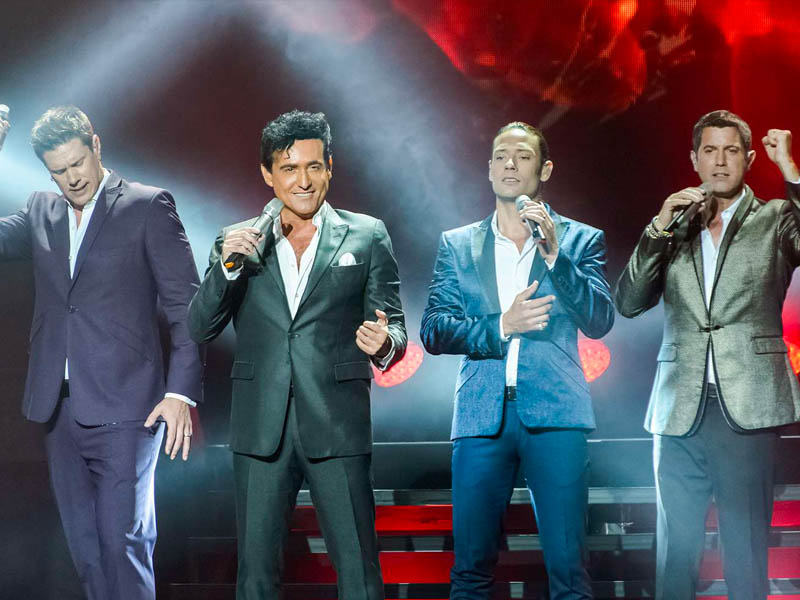 Il Divo is a multinational vocal group with members from France, Spain, Switzerland, and the United States. The group of David Miller, Sébastien Izambard, Urs Bühler, and Steven LaBrie has sold over 30 million albums worldwide. Il Divo was the brainchild of Simon Cowell, who recruited young and talented singers who could sing iconic songs by Luciano Pavarotti, PLadico Domingo, and Jose Carreras. The group was intended to have the same appeal and market as Three Tenors. Hence in 2004, the group was formed, and they released their self-titled debut album with wide critical acclaim. Il Divo’s debut effort topped the U.K. charts and peaked at number 4 in the U.S. The unprecedented album later earned several multi-platinum certifications in seventeen countries.

After their phenomenal debut, Il Divo moved on to release ten more highly-acclaimed albums, including a holiday-themed effort, The Christmas Collection, in 2005. In 2021, Il Divo released a concept album, For Once in My Life: A Celebration of Motown, featuring hits like “Ain’t No Mountain High Enough,” “My Girl,” “My Cherie Amour,” and “I’ll Be There.” Il Divo’s knack for covering pop hits with classical vocal renditions has earned them the term “popera,” in which Il Divo is a pioneer.

If you’re interested in checking out this chart-topping vocal act at the Murat Theatre, you must quickly grab your tickets now!